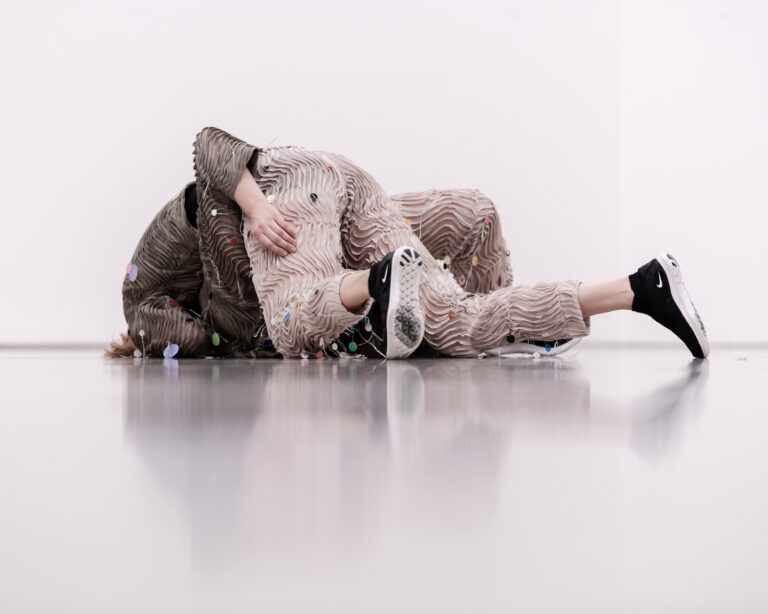 An evening in the spirit of performing arts! “Cluster II” by Anna Pehrsson, an art exhibition called “A Year in Knots” by Daisy Tortuga, DJs, drinks and more to come! See Inkonst.com for more info.

Cluster II organize bodies into moving objects of energies, vibrations and flows where the gap between the problem and its solution becomes the dance. Slowly gliding through, in-between and outside of themselves and each other, these bodies are partly in symbiosis and partly out of reach. The work meets the visitor as an ongoing meditation on proximity and intimacy, an invitation to other ways of being together. Cluster II premiered 2019 at Bonniers Artgallery, Stockholm upon an invitation by Magnus af Petersens.

The exhibition “A Year In Knots” discusses ideas of sexuality, identity and self-reflection. TakinLouise Bourgeois, Tracey Emin and Henry Darger, Tortuga combines poetic phrases with colorful textile rugs. The title of each piece is as important as the visual of the rug itself. With titles such as ”Looks like a nun, addicted to sex”, each rug creates a window into Daisy’s mind, juxtaposing one’s first interpretation of the work.